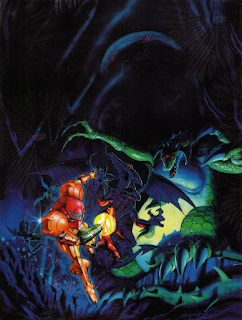 It was a shock to hear that Nintendo had produced Metroid 5 (Dread) and it would be ready-to-play in October, no less. And I was also surprised to find I've never really written about the franchise. So, here we are... 2021 is a long way from 1994, when I first played a Metroid game.

Super Metroid was a seminal moment. I was thirteen. I recall two things happening in that point in my life. One, I was drinking huge glasses of Metamucil. There was a motherly thought that I wasn't getting enough fiber, so I'd consume the supplement after school while gazing up at the TV pixels. Two, I had relatives visiting while I was in the thick of exploring Zebes. I was so engrossed in the game that I would be zoned-out when they tried to engage me. I regret this memory as an adult, but I admit I was a socially-awkward kid having a "watershed moment".

Super Metroid existed in a pre-WWW time, where there was a reliance on hearsay and printed media for hints on such a maze-like map (or a tricky boss fight). But, I don't remember any friends or neighbors playing Metroid, so I must have figured it out solo. I did have the game manual, but that's was the extent of my knowledge of lore. Besides, video game canon is disregarded easily. 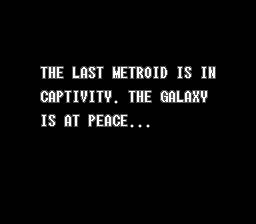 Putting "Super" in front of SNES games was a gimmick, but for Metroid 3 I think there is a subtext. It is a story that picks up after Samus Aran has exterminated all but one of the titular species (see also, Metroid II story). The larva is stolen by Space Pirates for weaponizing purposes. Eventually, the hatchling grows to be gigantic--much larger than seen previously in the canon. The gigantism could be due to Pirate genetic manipulation/weird science, but it is clear this is a super specimen.

Like many others dedicated the franchise, I was elated to see another 2D metroidvania officially greenlit in a post-Switch era. In this time of remakes and revamps (like Skyward Sword HD), it also seemed odd that there wasn't a digital way to play the Metroid predecessors. I wasn't impressed enough to buy the Samus Returns remake--didn't make sense to buy a DS handheld just for that. So I did what probably many other Geriatric Millennials did--I dusted off my Game Boy Advance SP to play Metroid 4 (Fusion) and the Zero Mission remake. It seemed like a chore at first, but just a few hours into the Metroid 1 remake fueled the nostalgia enough to go down a YouTube rabbit-hole. 🌌

I've been watching a lot of streamers playing ROM hacks/mods of Metroid games. It astounds me how much time people put into their customizations of the Metroid games. It's fanatical, and it's clear the Metroid fandom is alive and well, mostly as Super Metroid is on the "Mount Rushmore of speedrunning". It's a game rich in intentional sequence breaking with frame-perfect precision.

I've shielded myself from Metroid Dread game footage and further spoilers, because I want to go in fresh, cold. Since Metroid Fusion in 2002, there hasn't been any official word on what happened to Samus since the X Parasite incident (and the destruction of planet SR388). My imagination runs wild. 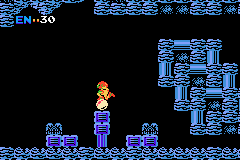 With planets SR388 and Zebes only a memory, Dread will take place on a new setting. I'm sure there will be metroids of some kind and classic upgrades for Samus' suit, but I'm looking to have my expectations subverted. The classic beginning of Samus obtaining the morph ball upgrade can't happen as it did in Metroid 1 (and the nearly-identical Metroid 3) intro. Because the events of Fusion gave Samus a fully-powered suit, there will have to be some explanation as to why the enhancements are needed (yet again). I understand the "upgrade progression" need in metroidvania, but perhaps the morph ball won't be the first suit upgrade. Hell, maybe Samus will start suitless! Also, I hope they don't bring back Kraid and Ridley--those dudes are dead. Something novel, please.

There's also an interesting connection with world events and the curing of Samus with a vaccine. Maybe they'll do something cool with that...

I've never had a desire to play the 3D Prime games, but I know there's a narrative of phazon, Dark Samus, etc. There's a possibility there, plus that could to satiate Prime fanboys.

The Metroid saga is a YA game that stands out in a milieu of Nintendo franchises for kids. No matter how much the Legend of Zelda tries to be serious and dark, it won't alienate the kids. And that's maybe why I like Metroid so much--it stays dark.

In 1994, I hadn't seen any of the Alien movies, but Xenomorphs and facehuggers were part of the 80s/90s pop-culture. And its popularity was a springboard (springball?) for the Metroid story and aesthetic. Whatever happens with Dread, at a minimum it will be a fun maze of discovery with a retelling of the original mythology. I'm totally OK with that.

Axiom Verge 2 is also slated for 2021. It seems like my gaming schedule is overbooked! 🦠

Email ThisBlogThis!Share to TwitterShare to FacebookShare to Pinterest
Labels: gaming

The only films I saw in theaters were: Star Wars IX, Tenet, and Mad Max

Email ThisBlogThis!Share to TwitterShare to FacebookShare to Pinterest
Labels: best of the year 2020

🦍 I’ve been meaning to write more here, and I’ve got my eyes on video games at this crazy time of self-quarantine. Before I post my Top 30 list (and articles), a warm up: the Nintendo Switch.
Donkey Kong Country (SNES) is one of my all-time favorites (Top 30, probably higher), so I decided to buy the Switch version of the 2014 “sequel”... Tropical Freeze.

It was on sale on the Nintendo eShop thingy. And holy shit, is it hard. It’s way hard. 🦧 The developers knew this, so they provided some much-needed mercy in spots. Here are some tips for you Switch players:
You will get better. There’s so much to unlock here, that the replay value (once you get over the hump) will make the game quite enjoyable.
I really wish I had the advice above when I began! 🍌🍌🍌
at August 14, 2020 No comments:

Email ThisBlogThis!Share to TwitterShare to FacebookShare to Pinterest
Labels: gaming

TL;DR: I think Once Upon a Time in Hollywood is hand-crafted to win Tarantino the Best Picture award.

I saw a lot of movies in 2019. In my catching up, I've seen almost all the Best Film nominees. Maybe it was off-year, but I don't feel like there's stand-out classic that just screams to be "the best". I haven't yet seen Marriage Story. I don't think I'll ever see Jojo Rabbit. And Little Women is probably a no-go. Maybe the worst blockbuster was Star Wars IX, but I may post about that psychological tornado later.

I think history will remember Tarantino's Pulp Fiction as his best film, but his magnum opus is probably ...Hollywood. Think about the Academy voters--those Boomers will gobble up the heavy LA nostalgia. Meanwhile, the Gen-Xers will just blindly vote anything Tarantino. It's a shoe-in.

I didn't pick a best. Maybe Parasite? I'd bet Uncut Gems is awesome too, but I haven't yet seen it.

P.S. Joker is good but overrated. If I hadn't seen or heard of King of Comedy I would probably think Joker is the best.
at February 09, 2020 No comments:

Email ThisBlogThis!Share to TwitterShare to FacebookShare to Pinterest
Labels: best of the year 2019

Show Me the Body
"Arcanum"

The Who
"Ball and Chain"

Email ThisBlogThis!Share to TwitterShare to FacebookShare to Pinterest
Labels: best of the year 2019 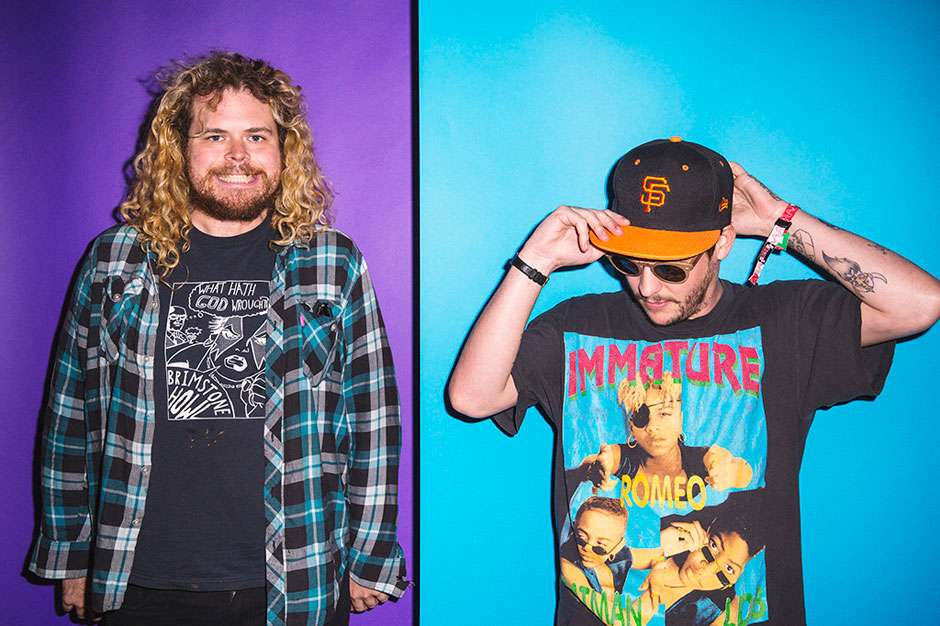 An absolute metric ton of music comes out in 10 years. For me, what I listened to most (as an album) was Waaves' Afraid of Heights. Here's a list of 25 or so (in reverse alphabetical order):

Email ThisBlogThis!Share to TwitterShare to FacebookShare to Pinterest
Labels: best of the decade

Starting in 2018, like Steven Soderbergh, I kept track of all the movies (new and old) that I watched over the course of 12 months.

Email ThisBlogThis!Share to TwitterShare to FacebookShare to Pinterest
Labels: best of the year 2019
Older Posts Home
Subscribe to: Posts (Atom)

[NOTE: contains some mild spoilers for the Metroid saga, but no spoilers for Metroid Dread] It was a shock to hear that Nintendo had produce...