Email ThisBlogThis!Share to TwitterShare to FacebookShare to Pinterest
Labels: best of the year 2014

Shameless Plugging: To America, With Love

One of my best buds wrote and produced his own rock album, To America, With Love. If you are a fan of guitar-driven post-grunge and Atlas Shrugged, then this is the album for you:


The album is also available to purchase on Apple iTunes and CD Universe.

Email ThisBlogThis!Share to TwitterShare to FacebookShare to Pinterest
Labels: music

I realize this is four months late, but it took me awhile to catch up on the 2013 Oscar movies, etc. Most of the Oscar stuff was disappointing...

Anchorman 2: The Legend Continues
I saw a lot of people bashing this sequel. I didn't like the first one, but it gained a cult following after a semi-flop at the box office. I thought it fit its job description perfectly--I knew what I was getting in to. And, I laughed a lot.


Hobbit: Desolation of Smaug
Better than the first piece of the trilogy. The barrel scene was a long, but in a good way.


Gravity
I hesitate to put this in the top 5, but it really is going to be an enduring film. I didn't necessarily like the actors, but the plot, the rising action, and the climax all were good. This is not sci-fi here, nor horror--this is the definition of realism.


Ender's Game
Really satisfying to see this done right on the big screen.


The Wolf of Wall Street
The best of the year. It's not about Leo here, it's about Scorsese. All of Marty's gifts are seen here. As a result, it is a better movie than Taxi Driver or Raging Bull.

Email ThisBlogThis!Share to TwitterShare to FacebookShare to Pinterest
Labels: best of the year 2013

KISS is finally being inducted into the Rock Hall. I decided this is the right time to get this one out: the infamous NPR interview that exposed some heavy metal to the intelligentsia.

Gene Simmons is smart, and he has the ego to prove it.

If you don't know anything about Kiss or Gene Simmons, maybe you should visit YouTube for a few hours (the daytime talk show appearances are some of the best). Keywords: "kiss interview over 10 minutes". Gene and Paul Stanley were the inaugural rock stars in the post-Beatles, post-Stones music world. Maybe you could call them Second Generation of Rock. And, like their progenitors, they wholeheartedly carried on with excess (mainly in the department of lovemaking).

Simmons decided to go on to NPR (maybe he was asked) in 2002. The interview never aired, but good things never stay buried. What most people hear from this interview are heavy doses of misogyny and egotism. Once you cut through that, what I hear is more profound. Some excerpts:

Terry Gross: How would you describe the pattern on your face?
Gene Simmons: A banker's pattern. When you look at it, it says, "Boy! That guy's got a lot of money."
[...]
Terry Gross: "Well, let's cut to the chase. How much -- how much money do you have?"
Gene Simmons: "Gee, a lot more than NPR."

This is when The Resentment starts between the host and the interviewee. And, to be honest, it is Gene gloating over his money, but compounding it with his disdain for all things NPR. "All things NPR" is any organization that represents secular thought, but is ultimately biased and myopic (and too uptight to admit it).

From here on it really gets interesting, and Terry Gross and Gene start rubbing each other the wrong way. The words "obnoxious" and "defensive" are used to describe the musician. Then, they talk about sexual prowess. And what it is to be an "honest man" to a woman. Then, they steer into music, and we get this:

Terry Gross: "Are you interested in music, or is the goal of being in a rock band to have sex a lot?"
Gene Simmons: "I believe in my heart that anyone who gets up there and says what they're doing is art is on crack, and is delusional, and that in point of fact, what they really ... their modus operandi initially -- perhaps it changed when they started to question their sexuality, but clearly, initially -- it was to get laid and make lots of money. And anybody who tells you otherwise is lying to you. The reason we all wanted to pick up instruments initially ... you know, publicly, anyway -- I will grant you there are those people who really love music and simply want to do it as a private pleasure."

Wow. In that small speech, he sums up the motive for pop music (and perhaps everything culture ever does) is to get laid. This blew my mind, because of the truth of it. For a man, everything before and after sex is designed for the purpose of more sex. That is also what biology teaches. The rock star goes on:

Gene: "I'm not delusional enough to think that what I do is important to life as we know it on this planet. No. But neither is what you do. You know, the world can get along very well without us. Farmers are more important. Teachers, and firemen, and so on, because if they're not around it really affects us. Your job and my job, whether you wear less makeup and I wear more makeup, is to entertain people. And I'm here to tell you: I'm very entertaining. I don't know about you. But this is NPR. [laughs]"

Again, that private pleasure notion of music versus the public "performativity" of concert music. Public expression of music, from an instinct perspective, is purely for personal gain. Yes, he does take a jab at NPR. NPR doesn't get criticized a lot, and maybe this is a bad thing. Freedom of choice, opinion, expression is something paramount in the entertainment business. And entertainment is irrelevant to life on this planet. But, the human ego is essential.

Terry Gross: But my impression is you don't have much sympathy for anyone. You -- you're so in to yourself! You're just so deep into yourself.

Gene Simmons: Well, I think ... I think everybody should be. If it sounds like admiration coming out of you, I accept it. I think ... it -- life is too short to have anything but delusional notions about yourself. Which is -- you should really like yourself more than you deserve to, because the alternative isn't very good. You should really think you are better looking than you are, because the alternative is ... sort of ... you know, some ... some bad notions. And so I'm aware, as a sane person, that I'm not the best-looking guy in the world. I'm aware of it. But when I go into a party, I will walk out with your girlfriend.

A lesson in human nature here. The boldest man in the room may not always be the smartest, but he'll get the girl. Sound advice from someone who used it over and over again. Gene Simmons also songwrites, plays bass guitars, and performs theatrics onstage while singing and playing bass.

I could go on and on about this one interview. There's many more notable quotes, but you should just listen for yourself. And, leave your subjectivity at the door. Yes, Gene is an abrasive personality, but he called my attention to how toxic even public radio can be.

The idea of the album is still a force in 2013. Whether it be Beyonce's surprise visual album or the simplicity of the artless Yeezus, record packages dictate the music industry. 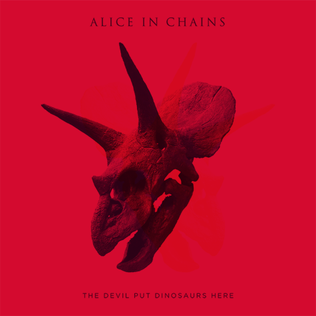 The Devil Put Dinosaurs Here
Alice in Chains
A bounty of sludge-metal for the 2010s and the ages. This is probably one of the last records that will have this Seattle Sound (and be profitable). Maybe. I wasn't sold on the Chains reunion in 2009, but looking back, that album is good, too.


Hesitation Marks
Nine Inch Nails
Another solid record. Some throw-away tracks, but 80% better than most records out in 2013.


The Next Day
David Bowie
A solid album by the Glam Duke in his autumn career. Some of the best music videos of his career were spawned from these tracks. But, the "safe" singles aren't the highlights. Instead, "Boss of Me" and "If You Can See Me" are the most progressive and inspiring. 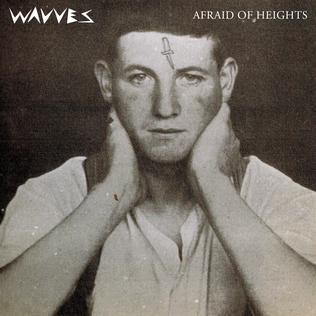 Afraid of Heights
Wavves
Surfer rock has had many iterations since the Beach Boys and "Wipe Out". In 2013, the genre is still lives on--through punk. Songs like "That's On Me" and "Demon to Lean On" are just... satisfying and crowd pleasing. The guitar riff and pedal overdrive of "Gimme a Knife" is addictive. Sadly, I missed Wavves SXSW showcase narrowly. Next time they're in town, I'm taking an extra effort to see them.

Email ThisBlogThis!Share to TwitterShare to FacebookShare to Pinterest
Labels: best of the year 2013, BOTY, music

Lots of music to pick from, even though I went into a retro state this year with music.

"Here Comes the Night Time"
Arcade Fire
The band promoted the album by splicing it over Black Orpheus on YouTube for 24 hours. The juxtaposition blew me away. The entire album is a tad soporific, but there's a few songs on Reflektor that are just amazing. This one is the favorite.

"My God is the Sun"
Queens of the Stone Age
The best track of the record, and the "rock centerpiece" of Clockwork. I just love the bass guitar part of this song.

"Stone"
Alice in Chains
Another hard pick. This album is a total surprise (a good one).


"New Slaves"
Kanye West
When I kept thinking about "what's the best song", one such stood out, over and over. It's raw, unexpected, and somehow original.
at January 03, 2014 No comments: