The Comeback albums of 2012

There were handful of comebacks this year for alterna-grunge-metal bands from... simpler times. Garbage finally came back into the fold, albeit quietly. Probably the way they wanted it. Honestly, I didn't like any of the new tracks. Maybe I'm just growing old. 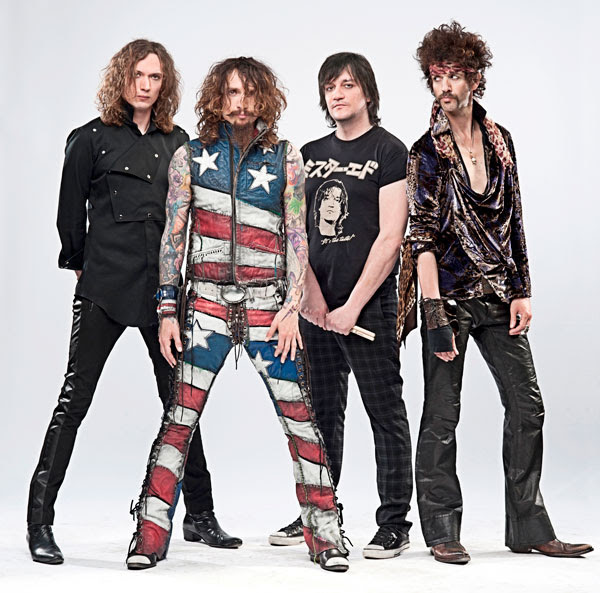 A louder, tackier group came back too: the Darkness. Their album didn't make much of a splash (at least in the U.S.) To be honest, I was disappointed. Their Hot Cakes actually turned me off from the band. I had too high hopes. I was a huge fan of their 2005 album, and eagerly awaited their return. Their new music videos disappointed me, too!

Tenacious D also came back after 6 years of silencio. Some good songs, but nothing here truly legendary in the way their debut rocked our socks.

Then there's Van Halen: Revenge of  The Roth! A great album of redone demos from the Zero sessions. Absolutely what the doctor ordered. I played the guitar solo from "She's the Woman" on repeat at least 30 times. And, If you haven't watched the videos of the band reminiscing, you definitely need to have a peek. I could watch them discuss the past all day. Van-fricking-Halen.


But the most surprising to me is King Animal, the Soundgarden record. After their permanent breakup, Chris Cornell seemed to become more... "fatherly" with his music. When I heard the news that the band was back, I feared the worst. I dreaded something as soporific as Audioslave; songs primed for those horrible Now! compilations. When I got news of the lead-off single being titled "Been Away Too Long", my heart cringed. The title of the album seemed bad also.

Fortunately, King Animal sounded like Soundgarden. And, it was good. It felt like it was a sequel to their last album. Still 90s pedigree. "Bones of Birds" and "A Thousand Days Before" are maybe my favorite songs of the year (even though, as Pitchfork points out, they are copies of oldies).
at December 26, 2012 1 comment:

Email ThisBlogThis!Share to TwitterShare to FacebookShare to Pinterest
Labels: best of the year 2012