Twenty-five freaking years ago, "We Are the World" was born from Lionel and Michael (their last names are not required!) Now, MJ is gone, and the airwaves are quite different. In the diverse and expanded universe we call "pop music" (read: R&B), EVERYONE wants a piece of the charity cake. If only some ground-shaking event would make an old song rise from the grave (read: subtle voodoo undead reference). Enter, Artists for Haiti!

I have to get this side-by-side comparison out of the way... Here it is, past and present.

I also wanted to cover the charity song by Little Steven (Steven Van Zandt). This guitarist for Springsteen thought apartheid sucked in South Africa. But, it was way too political of a song, and it didn't fare as well as the "peace, love" vibe of "We Are the World". There's even anti-Reagan sentiment to be had!

The first time I took notice of the Who, it was via a pinball machine in my local bowling alley. I had no idea what "Tommy" was, and frankly it looked a little tacky. 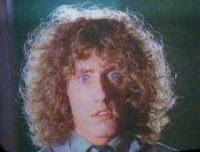 I remember exactly where I was when I first heard Tommy. I was fed up with not knowing what it was, and I knew there was a (more digestable) movie version available. I was sitting in front of a computer, and had accidentally downloaded the complete MP3 album instead of the musical version. My computer was on a coffee table, and I was wearing headphones. It was 3 AM. I was in the living room of a single-wide trailer in Key Largo, Florida. Then I heard the lines, "It's a boy, Mrs. Walker, it's a boy." I had no idea what was going on, or anything about the story, and yet I was enthralled. Some might say that I immediately fell in love, but I think that when I got to "Sparks" or "Underture" is when it happened. In 1969, the Who made an album, and a work of art. ...And it would not be their last. See? MP3 downloads do lead to record sales.

One band is unique to rock 'n roll: the greatest drummer ever and greatest bass guitarist ever, and the greatest guitar innovator of all time. I'm talking about Keith Moon, John Entwistle and Pete Townshend.

We're talking about a band here that invented the Guitar Windmill and innovated trashing instruments onstage. The Slide, before Springsteen slid. Pete Townshend almost killed Abbie Hoffman onstage at Woodstock! They were way ahead of their time. And even though they haven't had a great album in decades (what old band has?), they still rock.

Here's to staying sober until the Super Bowl Halftime Show!

Email ThisBlogThis!Share to TwitterShare to FacebookShare to Pinterest
Labels: the who